But there's no reason to get stuck in a long line of barely moving traffic, whether you're coming or going or already here. 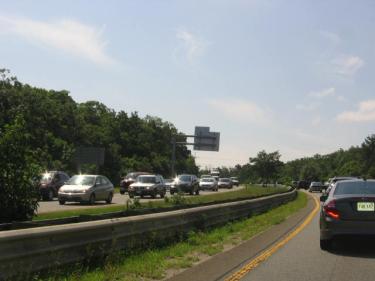 With a little advance planning, and armed with my tips and detour suggestions below, you'll be miles ahead of other Cape Cod vacationers by avoiding the inevitable summer traffic tie-ups! 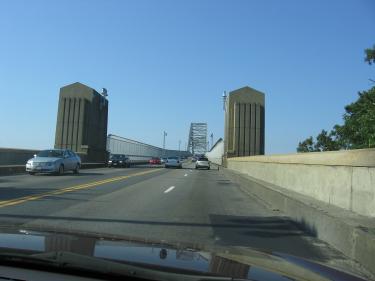 Cape Cod is surrounded by water. We're connected to the "mainland" by two traffic bridges - the Bourne and the Sagamore.

If you try to cross either bridge when everyone else is doing likewise, you'll have a long, frustrating crawl ahead of you.

The best way to avoid bridge back-ups is:

Sometimes, no matter how well you plan, traffic happens.

That's when it's time to re-group and consider taking a little detour.

Should You Detour or Stay The Course?

Before I tell you about these alternate routes, I have to warn you: They have what I call a "crap shoot" factor to them.

Once you get off the interstate highway and onto local roads, speed limits are slower, and you'll have some town traffic and stop lights to contend with along the way.

So, is it better to stay the course on the interstate and hope for the best? Or should you detour onto one of the side roads, instead?

Who knows! Either way, it's pretty much a crap shoot.

With that caveat held firmly in mind ...

Here are some of my favorite detours:

Beat Traffic on Our Local Roads and Highways

A few areas on our local roads and highways are notorious for travel tie-ups during the summer months, especially on weekends and on cloudy days when many vacationers go exploring.

These are the spots to watch out for:


These bottleneck areas are relatively easy to avoid - if you have a good street atlas to show you the side roads we locals use.